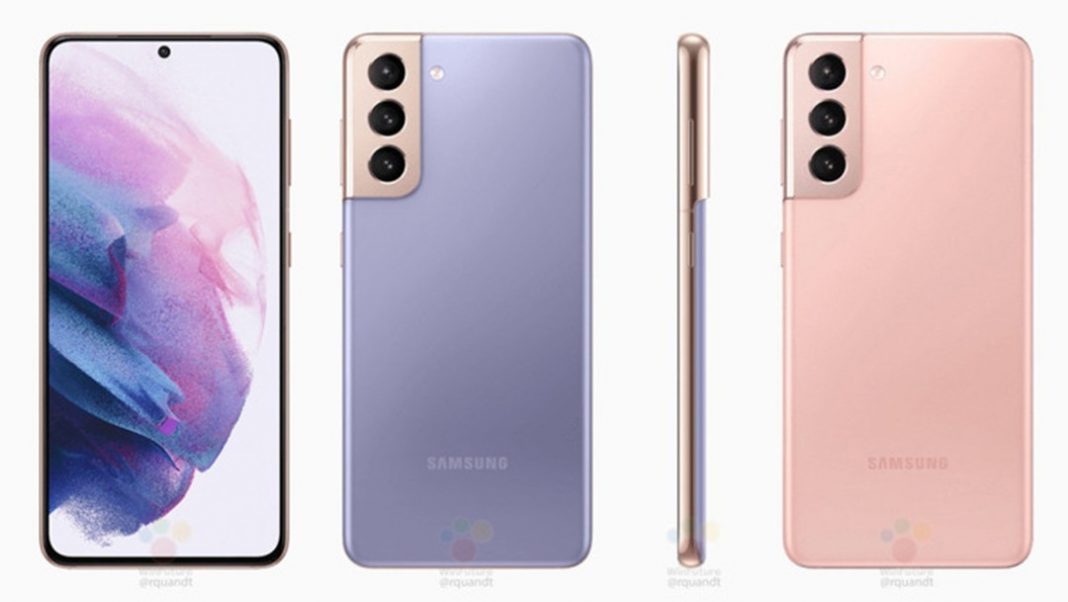 As the launch of Samsung’s S series flagships moves closer, more details and images are making it to the web. Supposed live images of the Galaxy S21+ and Galaxy S21 Ultra leaked earlier this month, with detailed specifications and other information already making the rounds for a while. Today, press renders of the upcoming smartphones also leaked, providing another look at the design of the devices.

The supposed images are of the Galaxy S21 and S21+, which are expected to be similar in design. They corroborate various earlier reports suggesting that the camera bump might integrate into the frame of the phone. The bump itself seems to sport slightly contrasting colors, which extend to the entire frame of the phone. The Galaxy S21 is expected to be offered in white, grey, pink, and violet, with the contrast on the violet variant seeming to be the most prominent. The Galaxy S21+, on the other hand, is expected to come in silver, black, and violet. 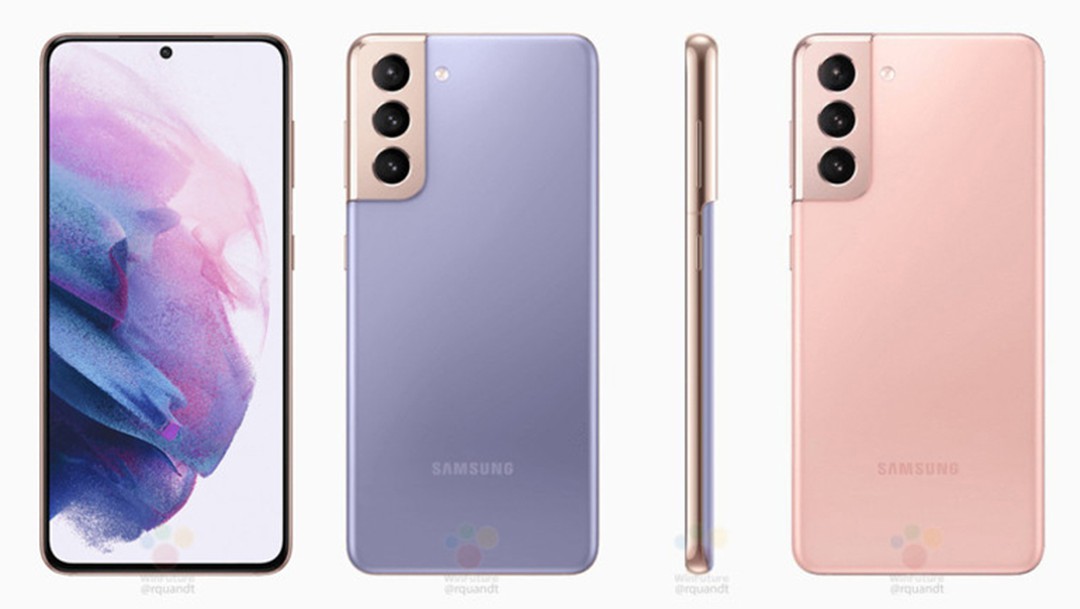 At the front, the phones sport a flat display with a centered punch-hole housing the front-facing camera. A now-removed hands-on video from last week also showed off the front of the entry-tier model sporting thin bezels.

The Galaxy S21 is expected to come with a 6.2-inch display, as opposed to the 6.7-inch size on the plus model. Both displays are expected to house high refresh rate panels, albeit cutting down the resolution to FullHD+ over its predecessors. The rumors add that the devices might come with a plastic back panel. Both phones are expected to house a triple-camera setup at the rear, which might have identical sensors. You can read through the rumored specs here.

Reports suggest that Samsung is gearing up to launch the Galaxy S21 series on January 14. The top-of-the-line S21 Ultra is expected to come with support for S Pen, which was hinted at earlier this week.