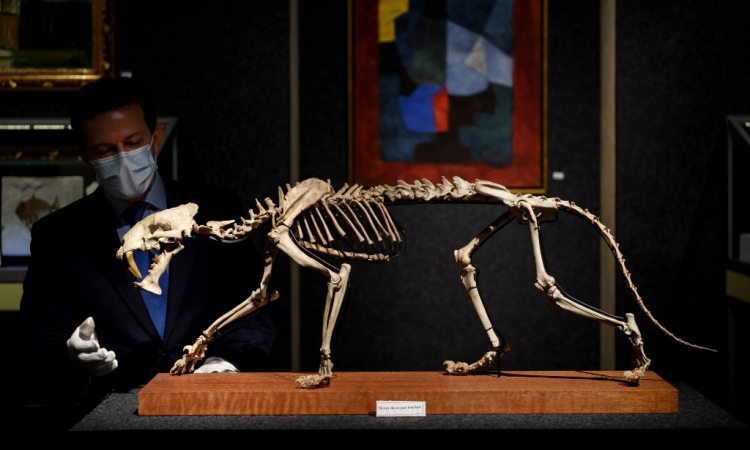 This is almost twenty thousand dollars higher than the original starting price of 60,000 Swiss francs, or 66,560 USD. According to archeologist Fabrice Van Rutten, fossils are sought for high prices because of the unique specimen in many respects.

“First is the state of its conservation. The fossils are 37 million years old but 90% complete. Besides, the saber-tooth tiger is a prehistoric genus that we have very little information about. Their fossilized specimens are even rarer than dinosaurs, “explains Rutten.

The Smilodon (Hoplophoneus) used to roam the plains of North America before going extinct 29 million years ago. The largest known fossil specimen ever found in this detail reveals that they can grow to a weight of 160 kg.