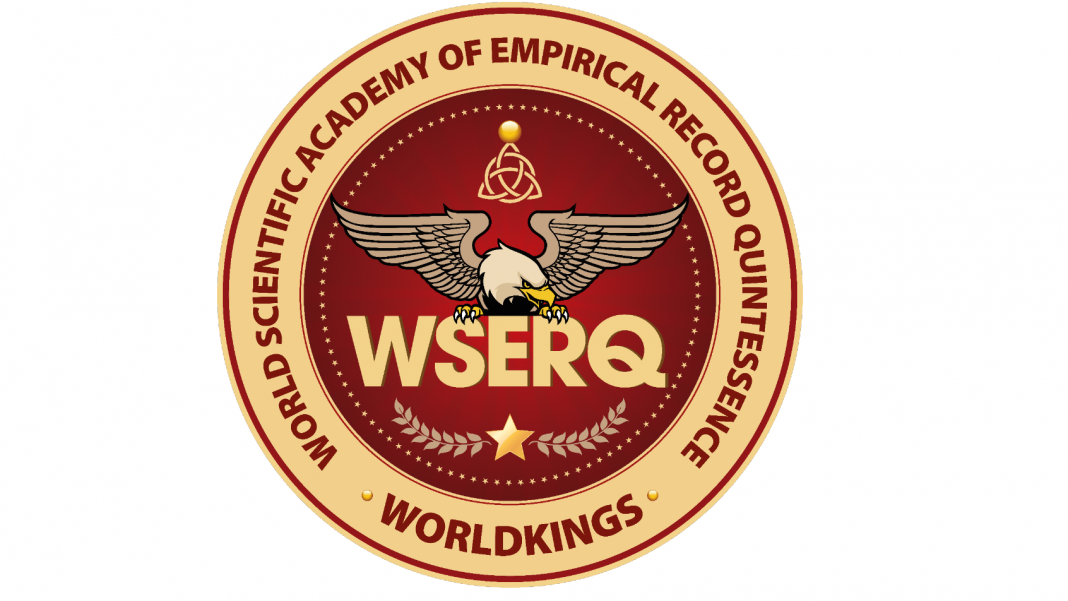 Franklin Delano Roosevelt, the 32nd president of the United States, said, “A smooth sea never made a skilled sailor.” Renowned journalist Ann Lander said, “Nobody ever drowned in his own sweat”… Their point was that success only stems from constant creativity and effort. Especially today, when the world is “flat” and has eliminated barriers to success, people must change and differentiate themselves to survive. The person who goes furthest is generally the one who is willing to take action and take on challenges. Thus, they represent an ‘ELITE’ generation of the world.

Vietnam Records Organisation (VietKings) is one of WorldKings’s members around the world, and one of the three founding members of the world science academy of elite records. VietKings’s record making community is growing every day. Vietnamese record makers not only bring values to the country but are also spreading them globally. Each record maker is a piece of music and represents a crystallisation of values. The values are cultivated and created through a lifetime of working non-stop. They represent a spirit of being ready to break through and integrate strength and courage to conquer challenges and bring meaningful things to life. RECORD MAKERS – THEIR LIFE IS A JOURNEY OF PRACTISING AND CORROBORATING RESULTS TO CREATE THE ELITES. They are role models who inspire people with their endless aspiration, will, creativity, and dedication.

The Vietnamese community of record creators is known for a famous Buddhist monk who only studied up to grade 3 and used to do many different jobs to earn a livelihood, but became a successful conservator of orchids with many precious varieties in Vietnam, successfully studied the propagation of Ngoc Linh ginseng through tissue culture and possesses two exclusive patents. Now 80, record maker and Buddhist monk Thích Huệ Đăng is a great example of someone who strived to succeed using their ability and a combination of ĐẠO (RELIGON) and ĐỜI (LIFE) in an admirable way.

Speaking of record makers with massive research works in history – culture, it is impossible to overlook Dr Nguyễn Khắc Thuần, 80. He has written over 300 books on many different subjects such as history, culture, translation, and annotation of ancient Hán-Nôm (Chinese-based ancient Vietnamese script and ancient Vietnamese script) bibliography, and others. They include some great and famous works such as an eight-volume set of Lê Quý Đôn Collection – “The largest work of translating, editing, and annotating of the Han ancient script done by one person”, and a book on Vietnamese culture and history running to more than 3,000 pages – “The largest work on Vietnamese culture and history compiled by one person.”

In the field of technology application in agriculture, many people know about record maker Dr Phạm S, 54, currently vice chairman of the Lâm Đồng Province People’s Committee. Over nearly 30 years of scientific research, he achieved many technical innovations and solutions, and is the owner of many creative labour and intellectual property rights. He is also the author of more than 30 books, textbooks and scientific works and reports, and an active trainer. Through research and practical efforts, Phạm S introduced many new concepts of great scientific and practical significance that have been institutionalised to serve production and people’s lives both within the country and outside.

Record maker and Labour Hero Dr Hoàng Đức Thảo is an outstanding achiever in the field of science and technology with many inventions, patents and practical solutions that have contributed to the development of infrastructure in urban and rural areas, environmental protection, prevention of natural disasters, and response to climate change. His achievements were the outcome of a process of research, practice and verification of results to serve the interests of community and society.

Record marker and Labour Hero Lê Văn Kiểm, chairman of Long Thành Golf Investment and Trading Joint Stock Company, is known as a successful entrepreneur but he has faced numerous challenges. His success is a result of overcoming the ups and downs of life through intellectual bravery, the courage of a soldier and the heart of a patriot. His name is also associated with numerous charitable activities at home and abroad.

Record maker Đào Xuân Tình stands out with a collection of Peugeot bikes manufactured in France. For nearly 20 years he spent a lot of time and money, with unflagging enthusiasm visiting many places including Europe, to find and buy antique Peugeot bikes.

Artisan and record maker Nguyễn Văn Phúng has a passion for collecting used tyres. With a creative mind and skilled hands, he has turned them into works of art and useful practical objects. He has a unique collection of thousands of artificial bonsai trees made from used tyres.

While Super Memory is still more or less new to Vietnamese, record maker Nguyễn Phùng Phong became famous as the first Vietnamese to set a world record for memory. He too overcame many challenges and difficulties and devoted himself to training and transferring his knowledge and experiences to successors. That has enabled more Vietnamese to compete with the world’s memory experts, putting Vietnam on the world’s Super Memory map. He and his partners are also working hard to bring the fastest and most effective memorising techniques through the Super Memory project in schools.

The above are examples of elites in the Vietnamese record-setting community. They represent a community of enthusiasm, ambition, resilience, and perseverance in pursuing a creative journey and creating elite values. Their values are invaluable treasures to be passed down to future generations.

If you say that a record is a brand, then record setters (individuals and organisations) are the most prominent examples of brand owners who created unique values. Each record setter is living proof of effort, wisdom and endless creativity. It is a journey of hard work involving sweat, tears and even blood. Practice also means applicability and producing results. The result is a testament to efforts they made regardless of time and place.

Record setters – How did they do it?

How can the elite values of record holders spread to the community?

WorldKings’ world science academy of elite records was born from these questions with the goal and mission of becoming a place to store, transfer and develop the elite values of record-setting communities worldwide.

One could be an elite today but become a normal person tomorrow if they stop striving and learning. The elite values can be forgotten or become blank pages if they are not spread to other people or the next generation. Therefore, the academy’s function is to research into practical science and confirm results to empower record-setters around the world, and follow in their footsteps of dedication to society. The academy is also a place to care for and protect the great minds of the global record makers, and provide an opportunity for them to inspire and share their hands-on experiences by corroborating results through specific products and services.

If you say human life is like a book, the value of that book does not depend on whether it is thick or thin, short or long or heavy or light, but on whether it is good or bad. It is the same with respect to record setters: the value of records is considered an elite value. The elite value is a core achievement that serves the community, society and next generation.

In order to make records a nation’s pride and the Property and Heritage of current and future generations, we look forward to receiving support from and the patronage of individuals and organisations, especially cooperation from elite record creators worldwide.