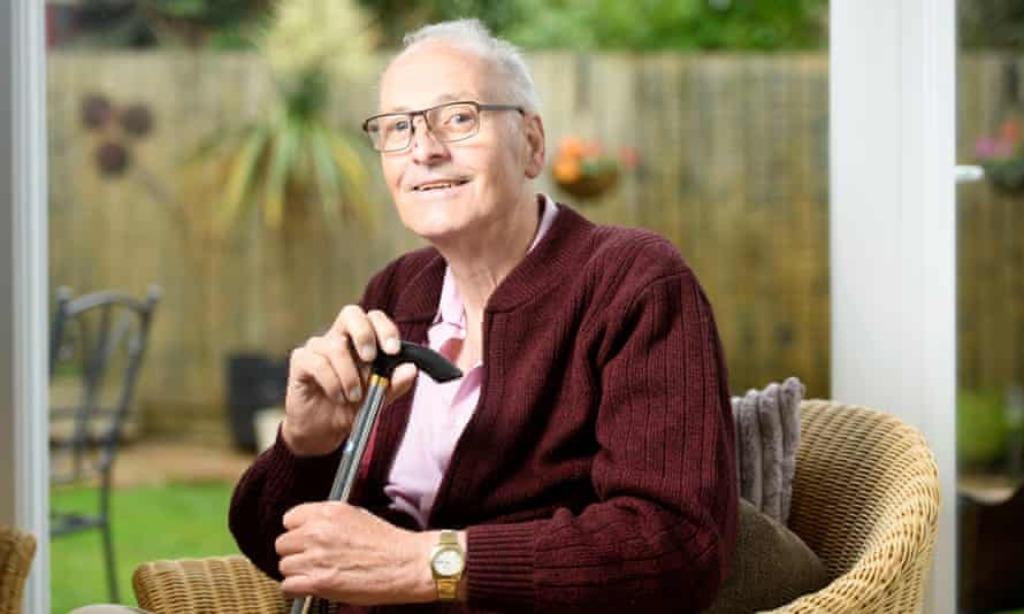 A 72-YEAR-OLD man has described how he became what is thought to be the world’s longest ever Covid patient after testing positive for the virus for 305 days.

Dave Smith, from Bristol in the UK and a retired driving instructor, said he was ready to die and give up on life.

He had Covid-19 for more than ten months in what experts have said is the longest-ever recorded persistent infection with the virus.

He told the BBC how he coughed for “five hours straight, non-stop… if you can imagine the drain that puts on your body, the energy”.

His wife Lynda said there were “a lot of times we didn’t think he was going to pull through.”

Smith said he celebrated the news he was Covid negative with a bottle of champagne.

He had conditions that led to him having a compromised immune system, putting him more at risk from Covid-19.

He told The Guardian: “Whenever I went bad, I went really bad – down to death’s door. My wife started to arrange a funeral five times.”

He added jokingly: “I called all the family in to make my peace with them. I wish I’d kept my mouth shut now.”

He said his weight fell from 117kg to 64kg while ill due to a lack of appetite, adding: “At one point, I was bedridden for two or three months. My wife had to wash and shave me in bed because I just couldn’t stand up.

“Sometimes I thought: I wish they’d take me in the middle of the night, because I just can’t go on anymore. You get to the point where you are more afraid of living than you are of dying.”

His case is to be presented to the European Congress of Clinical Microbiology & Infectious Diseases (ECCMID) in July.

An abstract, which is to be presented to the conference, describes how Smith’s infection is thought to be the “longest infection recorded in the literature”.

Academics from the University of Bristol, North Bristol NHS Trust and Public Health England, said Smith was admitted to hospital in May 2020 with a cough and fever.

A PCR test confirmed he had Covid-19.

He was discharged after eight days but he had “significant breathlessness and went on to have interspersed acute deteriorations associated with fever” which required further hospital admission in August, September, October and December.

The experts noted that in December 2020, a trial of daily remdesivir therapy was discontinued after 17 days as it had no effect.

He later received treatment with monoclonal antibodies casirivimab and imdevimab.

Smith was successfully treated with the laboratory engineered antibodies, the University of Bristol said.

It added that his health improved dramatically, and the virus was not detected in PCR tests 45 days after the combined treatment.

According to thejournal.ie. Source of photos: internet