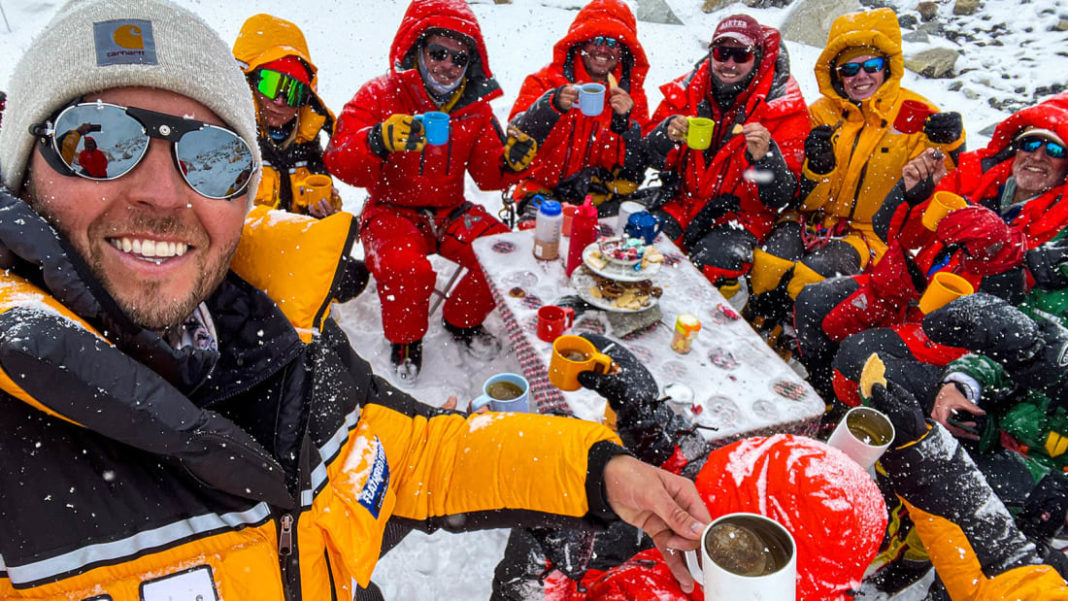 The group of adventurers held a tea party at 21,312 feet above sea level at Mount Everest’s Camp 2 in Nepal last year, setting a new record for the highest tea party ever held. 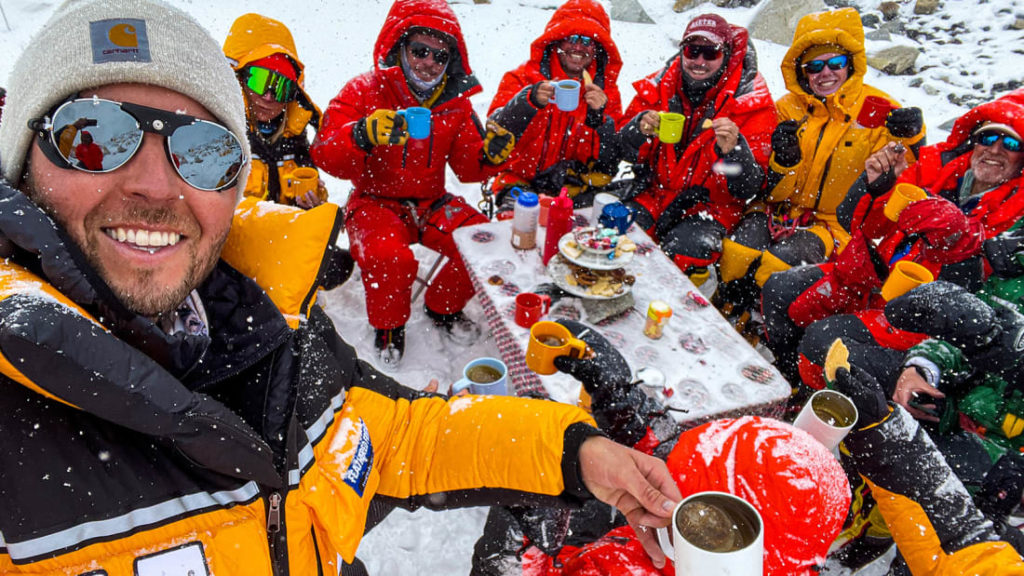 Hughes, a self-described high-endurance athlete from Seattle, Washington, said he first had the idea for the tea party early in the pandemic when Covid-19 travel restrictions and shutdowns meant expeditions were not possible. He said the isolation made him realize he missed the community more than the summits.

One of those added complexities was a huge snowfall brought on by a massive storm the day of the planned tea party; another issue was coordinating the logistics of hauling the extra supplies, including Girl Scout cookies that Hughes brought from from Seattle, up Mount Everest.

The supplies had to withstand flying across the world, being transported to base camp strapped to a yak, and then carried in backpacks traversing the unforgiving terrain, which included frozen waterfalls, to Camp 2 — without the cookies turning to crumbs, the release said.

In the end, the extra effort was worth it. “The record will forever immortalize an unforgettable moment and experience in my life,” according to Hughes, who went on the reach the summit of Everest about two weeks later after a failed attempt in 2019.