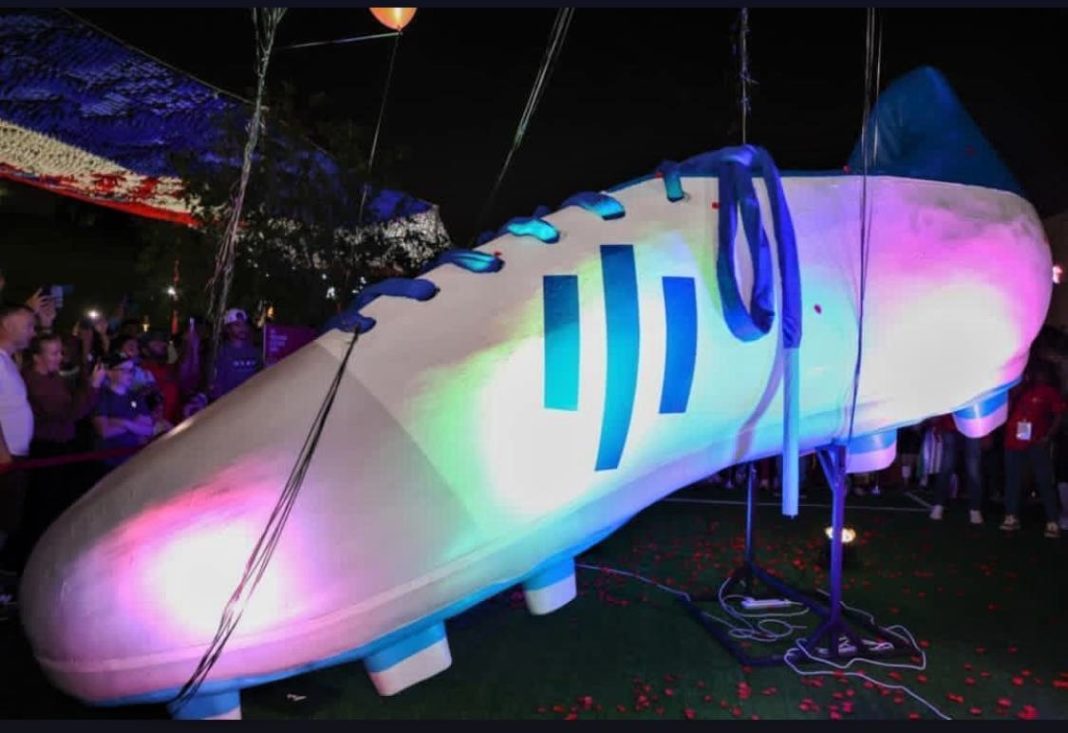 The aim of the Big Boot exhibition is to show support for Qatar’s efforts to highlight the contribution of football to the world as a sport and to the brotherhood between nations and people and to introduce the tradition of cultural exchange between India and Arabia to the new generation. 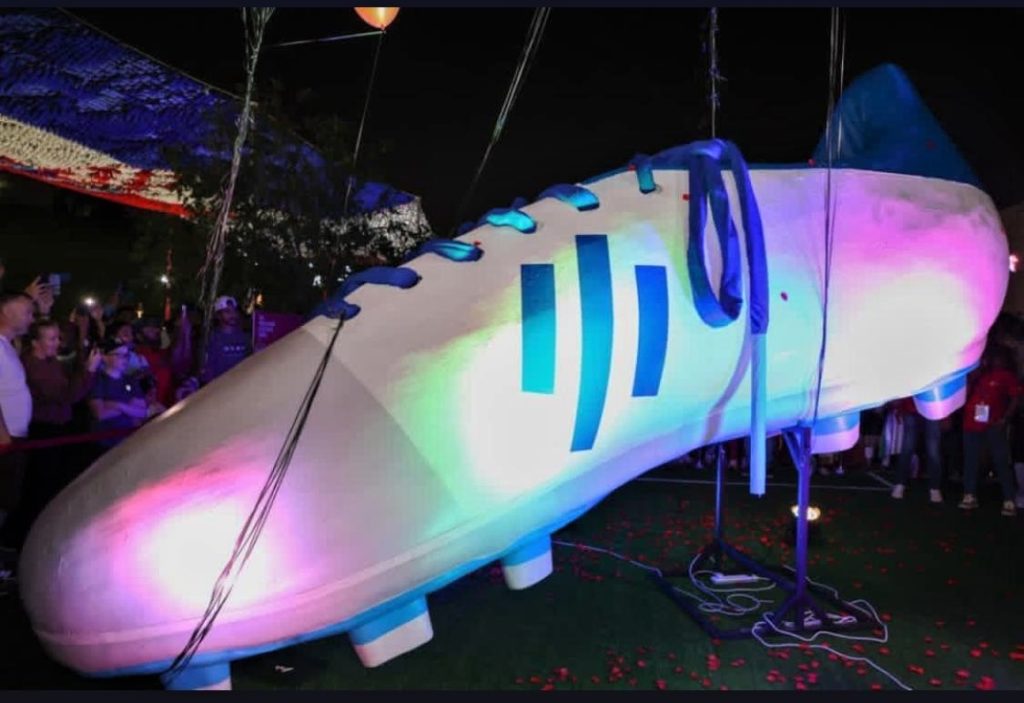 The world’s largest football boot is 17 feet long, and 7 feet high, weighs over 500 kg and is constructed using the same materials used to make football boots, including fiber, leather, rexine, foam sheet, and acrylic sheet. The color of it is plain white with three thin lines sideways and will be customized later on. It can be seen alongside the canopy of giant flags at Katara. Making the biggest boot took seven months to be finished, from April to October of this year.

Artist and curator M Dileef designed the boot. He is known to be the creator of the world’s longest Quran, the largest marker pen, bicycle, sanitizer, and screwdriver, to name a few. The design work of the made-in-India boot was completed in Qatar.