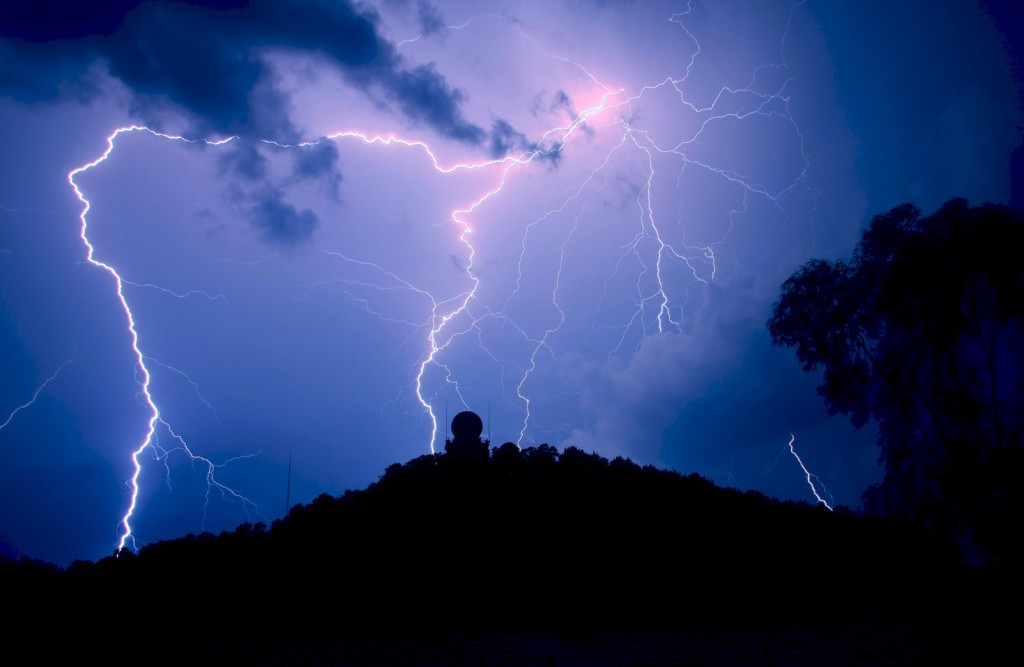 GOES stands for Geostationary Operational Environmental Satellite. GOES-16 and GOES-17 launched in 2016 and 2018 respectively, and have been monitoring our skies ever since with some of the most sophisticated tools.

One of them in particular, the Geostationary Lightning Mapper (GLM) on GOES-16 is a single-channel, near-infrared optical transient detector that can detect the momentary changes in an optical scene, indicating the presence of lightning. And in April of 2020, it caught some quite extraordinary images.

A cluster of storms moving off the Gulf Coast from north to south produced what is now the longest lightning flash on record.

According to the World Meteorological Organization, which recently verified the flash, “the longest single flash that covered a horizontal distance of 768 ± 8 km (477.2 ± 5 miles) across parts of the southern United States on April 29, 2020. This is equivalent to the distance between New York City and Columbus Ohio in the United States or between London and the German city of Hamburg.”

This new record beats the old one set in southern Brazil on Halloween in 2018. That record was 440.6 miles across.

With how recent the satellites launched, the World Meteorological Organization says it’s likely that these types of strikes have been going forever, but we now have the ability to capture the true scope of their size.

The World Meteorological Organization also confirmed another world-record lightning strike. The greatest duration for a single lightning flash of 17.102 ± 0.002 seconds developed continuously through a thunderstorm over Uruguay and northern Argentina on June 18, 2020.

According to www.kxan.com. Source of photo: internet