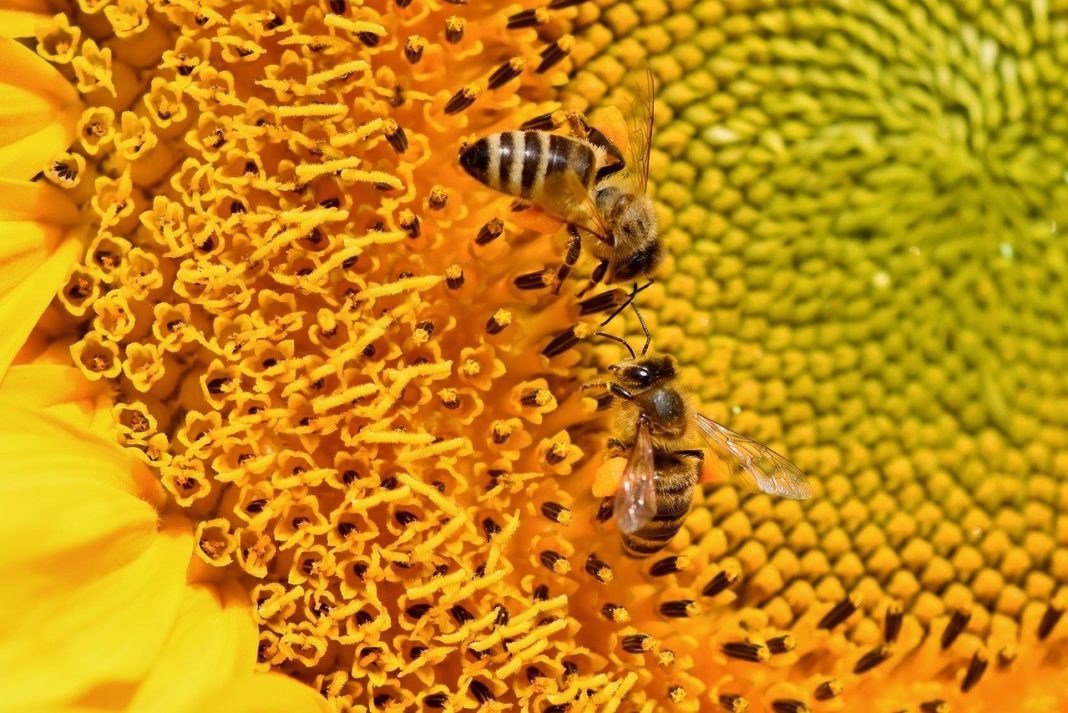 A 4-year-old girl with a knack for nature found two colonies of rare stingless bees, creatures that scientists thought were long gone and that no adult had managed to notice.

Annika Arnout’s command of nature is confounding to many adults, thanks in large part to biologist Targe Lindsey. He’s her caregiver, brought in by her parents when she was 3 months old so Annika could explore nature in her Palo Alto, California, neighborhood.

But this year, Annika — a seasoned naturalist by now — found tiny bugs that were not just any bugs. Her discovery found its way to California’s Department of Food and Agriculture Plant Pest Diagnostics Branch, where Dr. Martin Hauser is a senior insect biosystematist.

The bugs Annika found are stingless bees that aren’t supposed to be here — they live in Brazil and are much smaller than the average honey bee. Annika found the insects in an undisclosed location, which she wouldn’t divulge in order to protect her “special place.”

Decades ago, the U.S. Department of Agriculture was looking for bees to boost the size of fruit and vegetable crops.

“In 1950, the USDA asked a Brazilian researcher to send them bee colonies to see, to have alternative pollinators,” said Hauser. “He sent them in the 50s to Gainesville, Florida, Logan, Utah, and Davis and Palo Alto. And he said all the bees died in one year.”

“They didn’t like the cold weather in Utah. They couldn’t compete in Florida,” he added.

They also went to Stanford professor George Shafer in Palo Alto. Only the colonies sent to Dr. Shafer survived in Palo Alto for eight years, according to Hauser. The bees went unnoticed for 70 years — until a 4-year-old girl noticed them this year.

“It shows us when you have a new perspective with the eyes of a child, she just looked at that and she just — there’s something different for these bees,” he said.

The stingless bees Annika had found were certainly descendants of ones that had been brought in as USDA pollinators. They were presumed dead and had no representatives in Dr. Hauser’s vast collection.

In fact, Hauser hadn’t even heard of stingless bees from Brazil until nearly 20 years ago. He said he got a submission from a “pest control guy” in Palo Alto and initially thought it was a practical joke.

The guy was Richard Schmidt, who was asked by a Palo Alto homeowner to get rid of buzzing bugs in her backyard. Schmidt says he didn’t kill them — instead, he sent a few to the county agricultural department.

“I hadn’t seen them before,” said Schmidt. “Captured a couple of them, sent them to our county [Agriculture] department. They didn’t know what they were. And so, they sent it to the state.”

Hauser later realized that his identification was wrong and sent the bees to different experts around the world, but they were all puzzled.

“They all said, ‘Where did you find it?’ and I said, ‘Palo Alto,'” he said. “And so finally he came up that it’s a species described in the year 1900 by a German bee researcher.”

After he cracked the case, the tree toppled and the bees disappeared. A single remaining piece made it into his collection – that’s all he had to go on until this year, when Annika’s bees became social media stars on iNaturalist, a website that posted pictures Targe took.

Hauser was impressed with Annika’s find.

For Dr. Hauser, as much as the bees are a rare find, Annika is too. It was important for him to meet her, and he was happy to do so. He’s encouraging children to be more curious about nature like he was as a kid.

When they met for the first time, he gifted her the biggest bug book he could find with a sweet note that read: “To Annika, for many more discoveries to come.”

But Annika’s bees are not in the book. Even after more than 100 years of chance sightings, the bees still don’t have a name, though it’s been suggested that the stingless bees from Brazil be named “Annika’s Bees.”