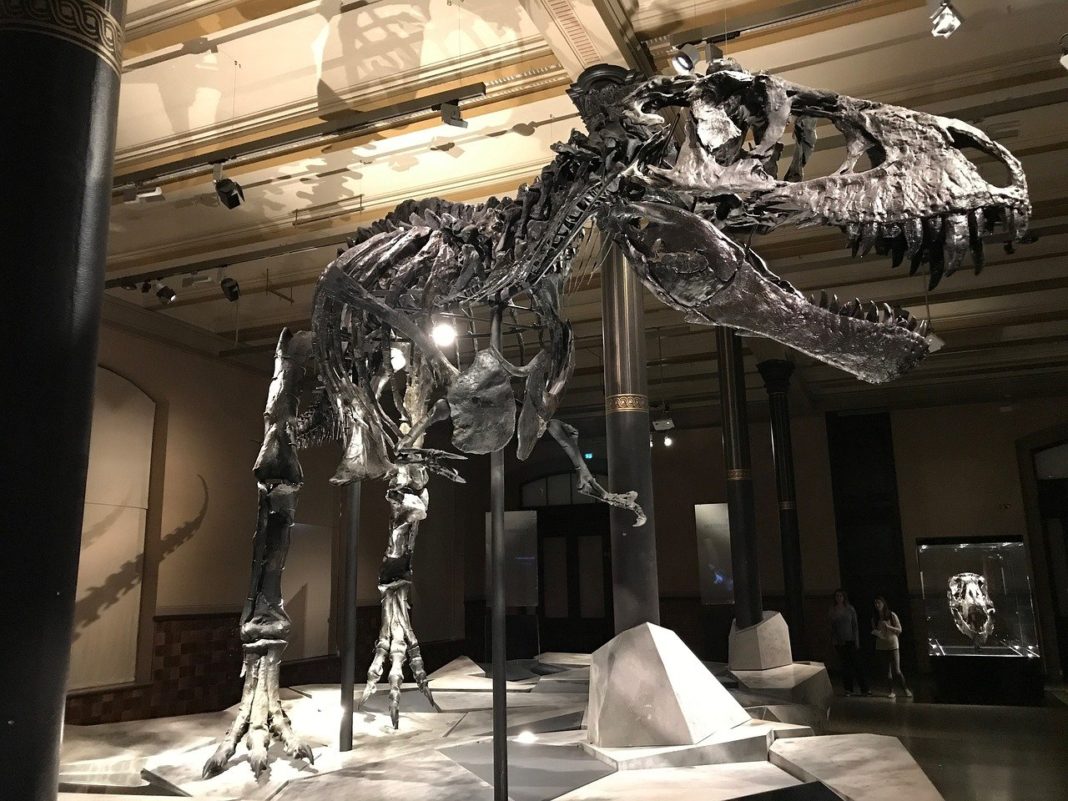 The Royal Tyrrell Museum in Drumheller, Alta., has achieved five World Records with its unique collection of dinosaur fossils.

Museum curator Caleb Brown says the skeleton of an almost fully-intact Ornithomimid is now considered the most complete fossil of its kind by World Records.

Guinness is recognizing four other fossils at the museum, the largest marine reptile in the world, the best-preserved armoured dinosaur, the fossil with the longest neck ever and most complete Tyrannosaur skeleton.

“Dinosaur fossils are quite common in Alberta. We have lots of people that report them. We respond to those reports and often members of the public can make significant discoveries,” Brown said.

Michael Empric, an adjudicator with Guinness World Records North America, said it’s unusual to have several records at one institution, and to have them be so varied.

“It really kind of covers the spectrum in the specialty area of dinosaurs, which is really incredible,” said Empric, who is based in New York.

The museum’s five world records are a fossil of the longest-necked animal, the best-preserved armoured dinosaur, the most complete tyrannosaur skeleton, the largest marine reptile skeleton, and the most complete ornithomimid (a type of dinosaur similar to modern ostriches, according to the Royal Tyrrell website).

According to Empric,  there is usually an application process for the general public when applying for a World Record. But the organization also works with consultants who are specialists in various fields — like gerontology experts who keep track of the oldest people in the world — to recommend certain groups or people should check out.

“In this case, the consultants essentially said, ‘There’s this incredible place that you really should know about,'” said Empric about the Royal Tyrrell.

“We did some research and realized that there were a number of record-breaking achievements on the premises.”

World Records has detailed guidelines set out by its teams in London and New York to authenticate records, according Empric. For records like the Royal Tyrrell’s that require consultants, Empric said Guinness will look for witness statements and expert analysis to make sure the records are real.

Empric said one of the best parts of his job is being able to award individuals or groups with a world record.

“It’s a great moment for the entire community because it really says, you know, there’s something here that goes beyond the borders of our community and our country.”

According to www.cbc.ca. Source of photo: internet