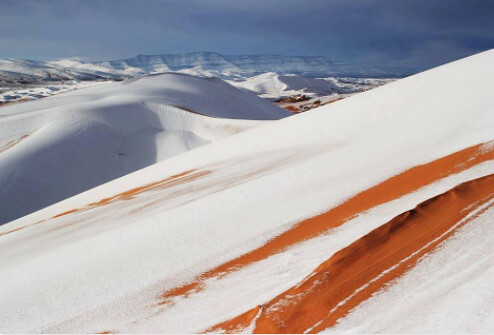 Snow has settled on the sand of the Sahara Desert after temperatures dropped below freezing.

Ice blanketed the dune in the rare phenomenon in the largest desert in the world, where temperatures of 136.4F (58C) have been recorded.

Photographer Karim Bouchetata captured stunning images of the snow and ice in the town of Ain Sefra in northwestern Algeria yesterday.

Overnight, the mercury in the Algerian town is currently plummeting to -2C (28F). 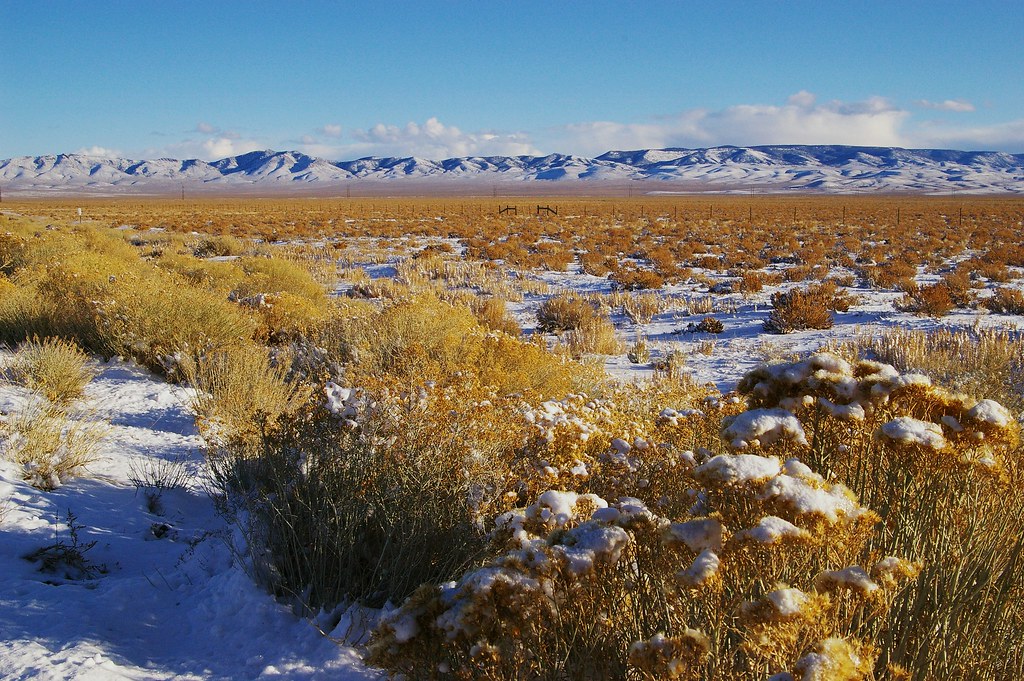 The ice created stunning patterns in the sand after the area saw a sprinkling of snowfall unexpectedly.

Ain Sefra – known as The Gateway to the Desert – is around 3,000ft above sea level and surrounded by the Atlas Mountains.

The Sahara Desert covers most of Northern Africa and it has gone through shifts in temperature and moisture over the past few hundred thousand years.

Although the Sahara is very dry today, it is expected to become green again in about 15,000 years.

Last year, camels were seen surrounded by snow as North Africa was gripped by extreme temperatures in the summer and winter months.

According to www.dailymail.co.uk. Source of photo: internet