The Yubileyny diamond mine, also known as the Jubilee mine, is located in Sakha (Yakutia), Russia.

This diamond mine is the largest in the world in terms of deposits. It contains an estimated 153 million carats of diamonds judged to be recoverable, and even further reserves as yet potentially undiscovered. Like the other Russian entries here, Jubilee is ultimately run by Alrosa, Russia’s state-owned diamond company.

Relatively new, the mine’s only been producing since 1986. The open- mine isn’t even operating at half its depth yet. Currently, the mine operates at 320 meters. The eventual expected operating depth should reach 720 meters. Udachny is rated as bigger than Jubilee in terms of JORC reserve estimates, but not by reserve size. These are simply two different ways of estimating the full potential of the mine. 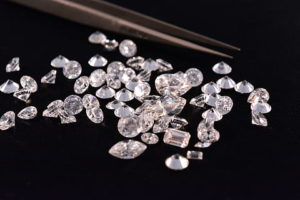 According to the statistics, the Jubilee mine produces an average of 10 million carats annually.